Memorial Day is just around the corner and the preparations are underway. Friends and family are gathering together to cook some delicious BBQ and watch fireworks. Red, white and blue will be the color of the weekend. Everyone loves long Memorial Day weekend simply because it marks the beginning of summer. But what do you and your kids really know about Memorial Day? 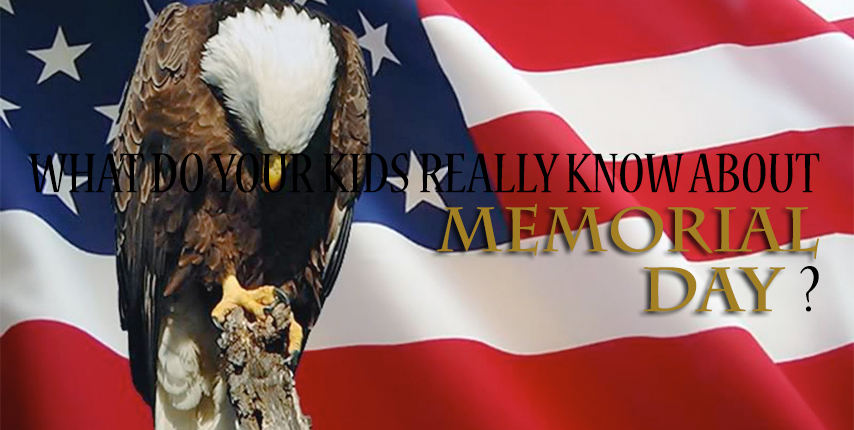 Here’s some trivia, history and facts about this patriotic holiday that you can share with your friends and family when you are all gathered together this holiday.

What day in May is Memorial Day Celebrated?

Last Monday in May

Where was the first “official” Memorial Day observed?

What was the original name for Memorial Day?

Memorial Day is a day of remembrance for whom?

Those who have died serving our country

What flower is recognized as the Memorial Day flower?

When was the first Memorial Day?

What is one of the longest standing traditions which has been held in conjunction with Memorial Day since 1911?

What were decorated in remembrance of this day?

On June 28, 1968, the United States Congress passed the Uniform Holidays Bill, which moved three holidays from their traditional dates to a specified Monday in order to create a convenient three-day weekend. However, it is considered the start of what?

Memorial Day was first used in 1882. However, the name was not used until after what war?

May 30 was selected as Decoration Day first observed because it was NOT an anniversary of a battle.

On May 5, 1868, in his capacity as commander-in-chief of the Grand Army of the Republic, a veterans’ organization, he issued a proclamation that “Decoration Day” be observed nationwide.
Who was the former general?